Tip of the Iceberg: Lisa Sykes on how her company is making people fall in love with print again

For Lisa Sykes nothing beats paging through a freshly printed magazine. “I just love the smell and the feel of a mag that has good quality paper and has been nicely produced with great writing and design,” enthuses the co-founder of independent magazine publisher Iceberg Press. “There’s nothing quite like a brand new magazine coming through your letterbox and landing on your doormat. It’s wonderful to have something tangible to enjoy.”

It was Sykes’s passion for print that, in 2014, saw her leave behind a blossoming career working for big media companies and strike out on her own. Frustrated by some of the doom and gloom surrounding the future of magazines, she sat down with her partner, publisher David Parker, and ad sales and exhibitions guru Guy Foreman to discuss a new approach to publishing.

“The three of us had a bottle of wine down the pub and talked about the way magazines were going and whether we had some fresh ideas,” Sykes recalls. “We didn’t like the fact that print dying was becoming a self fulfilling prophecy and we felt strongly there were plenty of people who want to read magazines if you made them worth the money.

“We didn’t like the fact that print and production values were being downgraded and that a lot of people were managing decline. The innovation we saw wasn’t happening in big publishing, but in people’s bedrooms with small independent magazines. We started looking at some of these mags and thinking - wouldn’t it be great if you had a magazine that did more of this but actually used our knowledge and skills.”

The pub meeting gave birth to Iceberg Press – the name indicating that niche publications have much more to them than your realise. For its first title, the trio did not have to look far. At the time the publishing house was created, Sykes was editing women’s lifestyle magazine The Simple Things for Future Publishing. When that publisher decided to offload the title, Sykes and her business partners pounced. 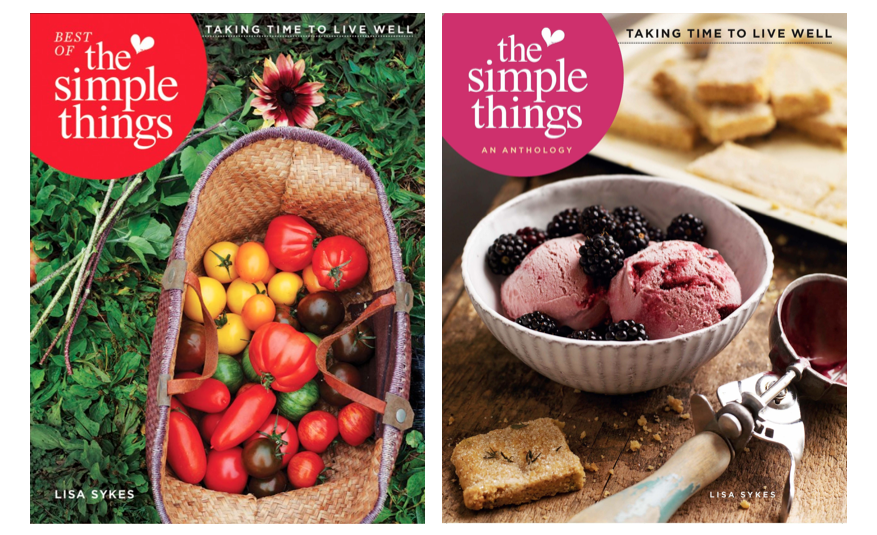 “We could see that what was being covered in The Simple Things - like growing your own food and mindfulness - were growth areas,” says Sykes, who edits the magazine. “And we realised that you can get the same brand loyalty and brand interest in a lifestyle magazine that you could get in a special interest magazine.

“Once we purchased The Simple Things we pitched it as a younger, cooler Country Living. We weren’t telling people to up sticks and move to west Wales and get a smallholding. It’s very much about occasional downshifting and it has been grounded in real life.”

Refusing to compromise on quality, Iceberg Press upped the number of pages and paper quality of The Simple Things significantly, taking the approach that if they made the magazine look and feel good people will be prepared to pay £5 (later raised to £6). It would take about six months for readers to catch on and for sales to start growing.

Two years later Iceberg Press bought Oh Comely (which pivoted from the women’s lifestyle sector to the growing mindfulness sector and renamed Oh). In 2018 they took their mission to promote print a step further, launching Pics & Ink which distributes other independent, specialist magazines. Everything was moving in the right direction, but on the horizon was a global event that would change the way Iceberg Press did business forever.

My favourite comment from readers is when they say: ‘You know me’ because it means we are getting it right.

Like all publishers, the Covid-19 pandemic knocked Iceberg Press back on its heels. While producing magazines remotely proved tough, Sykes and her team soon realised the themes of The Simple Things in particular – creative recipes, enjoying your immediate environment, finding new hobbies - were striking a real chord with a public in lockdown.

“A phrase we have used a lot is ‘comfort, calm and cheer’ and that resonated with people,” says Sykes. “There is an outpouring of love for what we are doing that has surprised us and has raised our team spirit.

“At the start of the pandemic we did a scrapbook addition with wellbeing pieces talking about stoicism, boredom, growing your own food, getting a pet - all the things people were doing in that first wave of lockdown. My favourite comment from readers is when they say: ‘You know me’ because it means we are getting it right.”

Iceberg Press not only made sure their readers had the right content, but that they also got it in double-quick time. Realising that distribution might be an issue during the pandemic, Sykes recalled magazines from a WH Smith depot and sent them out from her home.

“We realised we had an opportunity to sell a lot more copies and sell them direct,” she says. “We had the ability to sell direct because we had launched Pics & Ink. We also started selling subscriptions with immediate starts, because people wanted to read something now. We said - you can subscribe and we will send you the magazine tomorrow. We stuffed a lot of envelopes in the summer and that made a big difference.”

The extent to which Iceberg Press has connected with it readers is reflected in the fact that subscriptions have almost doubled since March last year. It’s a success story that has prompted a rethink.

“We are aware that this year is a unique set of circumstances but it has changed our business model a bit because we are much more focused on subscriptions and direct sales,” says Sykes. “The newsstand is still important but our subs newsstand split was 50/50 and now its two-thirds subs and one third newsstand. It’s shifted in the last year.”

As its readership has grown, Iceberg Press has continued to evolve, publishing an anthology bookazine that acted as a “seasonal companion”.

“The fact that all our back issues were bought up made us realise we have a load of new subscribers who have not seen these magazines,” says Sykes. “So I put together and self published an anthology, which has sold 2,000 copies.”

The company is also making sure that, through clever use of its digital resources, readers who joined them during the pandemic, will still be around long into the future. An eclectic blog on The Simple Things website featuring stories like Life Lessons from Adrian Mole feeds a newsletter, which in turn sells subscriptions and promotes merchandise and brings back people to the magazine.

In what is a sign of confidence in their magazines, Iceberg Press does not offer discounts when selling subscriptions. “As a small company you really need a loyal readership, not someone who is going to cancel the moment the price goes up,” says Sykes. “We keep the price firm and say that this is worth it. We sell our magazine as an emotional benefit and have marketed it as a ‘hug in the post’ every month.”

Another example of Iceberg Press really serving its readers is its use of social media, with editorial staff listening to suggestions posted online.

“We have made a lot more of an effort with diversity in the magazine because we have quite a lot of readers in the aftermath of BLM demonstrations raising that with us,” says Sykes. “It’s so important to listen to the recommendations of your readers.”

It’s not just Iceberg Press’s magazines that have proved popular during the pandemic – it’s distribution arm has expanded massively as well. With niche magazines increasingly popular during lockdown, Pics & Ink has grown by 500 per cent, with 150 magazines, covering everything from coffee to cycling, now on board. For a trio of people who love print so much, being able to promote specialist magazines is particularly satisfying.

“We have a warehouse full of these magazines that are passion projects,” says Sykes. “It’s great that we are able to get these niche magazines out there. What they do is break rules, because they are made by people who didn’t know the rules in the first place. That’s a good thing.

“One of the big shames of independent magazines is that you don’t have anywhere to sell them. To get a deal on the UK newsstand you need money, experiences and contacts. When we set up Pics & Ink it was as a place to show these magazine off, because unless you lived near to an independent magazine shop, you didn’t even see these types of beautifully produced magazines.”

The future of the newsstand is a bit more precarious but that’s not the future of print. There are many other ways to sell magazines.

The future of print

While it has been seven years since Sykes, Parker and Foreman had a meeting in a pub that changed their lives, the circumstances that prompted them to start Iceberg Press have not changed.

“There seems to be two types of publishing out there,” Sykes says. “One is still managing decline and finding ways to boost circulation to boost advertising, while the other is circulation driven.

“We do carry advertising and we value it hugely but we are not chasing it all the time. We are circulation driven and the opportunity to sell direct to people has never been better. The future of the newsstand is a bit more precarious but that’s not the future of print. There are many other ways to sell magazines.”

Download the ‘The Future of Media: How digital-to-print revenue models continue to shape the industry’ - a look at the value that print adds for audiences and how it fits to the wider publishing ecosystem.

As for the future of independent magazines, Iceberg Press has shown what can be achieved if you back your product and are willing put in the long hours.

“When you gather a group of likeminded people around a publication and you produce it frequently enough, with enough care and attention, you can have a lot of success,” says Sykes. “The interest people have shown in specialist publications of late won’t disappear after the pandemic because people have tasted a different lifestyle.

“I think people have found more of a balance. It’s not all about going out, but about doing things and experiencing things. And specialist magazines can help people do just that.”