Magazine covers don’t get much more striking than the one that adorns the March 2022 issue of Vogue Portugal. Featuring a close-cropped photo of the folds on the naked back of plus-sized model Anne Caroline de Oliveira Souza, it stirs the debate surrounding positive body image with just one extraordinary snapshot. It also captures why the Portuguese version of Vogue is one of the brand’s most talked about editions.

When Lisbon-based LightHouse Publishing relaunched the magazine in 2017 (under a license agreement with Conde Nast), one of its main goals was to feature inclusive editorial content that truly reflected the diversity of those who read the publication. It’s an approach that’s been widely applauded, not only in Portugal but around the world, as Vogue Portugal gives a voice to all those who adore fashion, regardless of gender, sexual orientation, age, ethnicity, shape, size and religion.

“Fashion and women's magazines have perpetuated for too long stereotyped images regarding the female body and behaviour, which make no sense these days,” says Sofia Lucas, the editor of Vogue Portugal and co-founder of LightHouse, which also publishes GQ Portugal. “All issues convey a common message, under themes that aim to abolish prejudices and raise awareness regarding the acceptance of your body and freedom of choice.

“Being at ease with one’s body, the notion that perfection does not exist, and having the right to choose - be it one's own body, style and attitude - are great statements of individual power. A title like Vogue can, and should, be an inspirational and motivational name in that sense.

“Vogue has always been the trend setter title in terms of style and, as a global power, it cannot be indifferent to the added responsibility of educating new generations of readers in the fundamental values. Fashion should not play a frivolous and empty role in society, but a determining and influencing one in behavioural trends.”

A champion of print

A crucial part of Vogue Portugal’s campaign for greater representation is the power of print. Theme-based editions with titles like ‘The Beauty of Imperfection’ and ‘Respect’ feature gorgeous spreads with top-notch photography and writing, making each one a collector’s item. It’s all part of LightHouse’s mission to “make history in print form”.

“From the very start, when we opened LightHouse, we believed it was unfair for the legacy of print to be left for dead when it was still alive,” says Lucas. “When someone is sick, they try to heal them, everything is done to save a life. In the case of print, we felt the exact opposite, we felt as if someone decided ‘the oxygen was to be cut off’ for the patient. Publishers reduced budgets, fired people from print and hired online, and not because online was the one that brought publishers that much revenue, but because that was thought to be the future.

“We say the future depends on what we do in the present. And, currently, we dedicate all our creativity to making our print issues collectible, something people want to see, read and keep. In print, history is recorded, difficult to erase, whereas digitally, events, texts, photos can be banned, as if they never existed. Therefore, a large part of history has to be documented on paper.”

In print, history is recorded, difficult to erase, whereas digitally, events, texts, photos can be banned, as if they never existed. Therefore, a large part of history has to be documented on paper.

For LightHouse it’s not just about using paper but using the right kind of paper. The publisher only uses PEFC certified paper, sourced from sustainable forests. It also hangs onto its leftover copies, selling them in its online store until the edition runs out. Magazines returned from points of sale slightly damaged are sold cheaper.

Those on a budget can also download a PDF of the publications, sometimes for free. “We often hear from students who reach out as they want to have access to our content and don't have the money, so we offer the PDF,” says José Santana, co-founder of LightHouse and editor of GQ Portugal. “During the pandemic, we released the PDF of our magazines for free so people could read and be distracted a little bit from the Covid subject, which was the only thing on TV and the internet.” 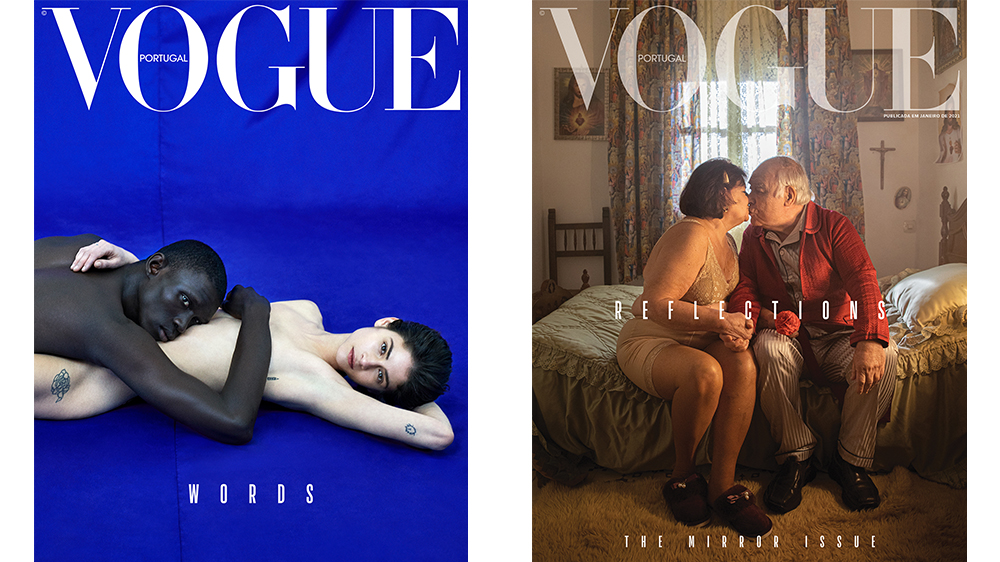 LightHouse discovered that more than 25% of people who downloaded the free PDF came back to the e-shop and bought that same issue, in print.

“That made us very proud,” adds Santana. “They liked the content and wanted to have the physical edition to keep. We also feel that in this period people were more into reading, again. Reading books, reading magazines.”

The importance of being green

LightHouse’s approach to being green doesn’t end with its choice of paper and the recycling of its magazines. As a mouthpiece for the world of fashion – an industry trying to change its spots after years of being one of the biggest polluters – the publisher is fully aware of its responsibility to put a strong emphasis on sustainability across its pages.

“Sustainability starts with ourselves. If we take better care of our clothes and buy less, the industry will end up producing less,” says Lucas. “Luxury brands are usually the most attacked, but the biggest problem is in the mass market. It's easier for a small designer to be sustainable, the struggle increases with scale.

“The positive side is that, as it is such a hotly debated topic, brands are starting to worry about this problem and are working to reduce their ecological footprint. These are topics that we cover in our issues, such as consumer habits. And in many of our shoots, we use clothes from shops that sell second-hand clothes.

“It's always easier for a publication to say what people want to hear, changing habits always costs more. But that's the pathway - the industry changing at the same rate as the consumer.”

LightHouse is fighting the good fight at an exciting time for Portuguese fashion, with local brands starting to really flourish. “Designer labels have been growing from little atelier to bigger business models and we have amazing production outlets, both for textile and for accessories. Production quality is a feature that sets Portugal apart from the others. Traditional crafts like embroidery are being incorporated in designer looks and tailoring, which brings the Portuguese roots into the fashion market.”

LightHouse’s beautiful print products are increasingly making waves outside the country. Such has been the demand for the magazines overseas, the publisher has had to find ways to make its publications accessible to a wider readership.

“Vogue is printed in Portuguese, but all texts are translated into English through QR codes,” explains Lucas. “In fact, it didn't come about as a strategy to reach an international market. We were selling more and more abroad and many times people wrote to us saying how much they loved the magazine and were sorry they couldn’t understand the articles.

“It was out of respect for this newly-arrived reader that we started to translate the magazine so that they could also enjoy the full experience of each issue.”