About two years ago Maria Kivimaa was standing in front of a magazine rack in a shop when inspiration struck for a bold new glossy title. “It hit me that we still classify publications as women’s magazines and men’s magazines, although that’s not how people decide what to read anymore,” she recalls. “And many of these gendered titles, though not all, perpetuate some dated stereotypes. I thought, what if we mixed it up a bit, and women made a men’s magazine?"

Maria Kivimaa is a Strategy Director at Amplify, connecting brands with culture. She specialises in music, youth culture and fashion, and has worked with Nike, adidas, Warner Music and many luxury brands. She's an ex music journalist, a published author and the Founder and Editor-in-Chief of DECENT. Born in Finland, she has been proud Londoner for 14 years.

“So much of the media today is still made for the male gaze – men are holding the microphone and asking the questions and deciding which topics are being discussed. I thought, let’s turn this power structure around a bit and amplify female voices and maybe help create this new culture for men.”

When I catch up with the Helsinki-born, Hackney-based Maria Kivimaa, the second issue of her magazine for men, by women is in production and set to launch in March 2022. Aimed predominantly at men between the ages of 20 and 40, DECENT is dedicated to a new type of modern masculinity - eschewing the expensive cars, gadgets and protein shake recipes you find in many lifestyle magazines in favour of articles on improving mental health, shattering gender stereotypes and dealing with the pressures society places on men to be macho and keep emotions bottled up. 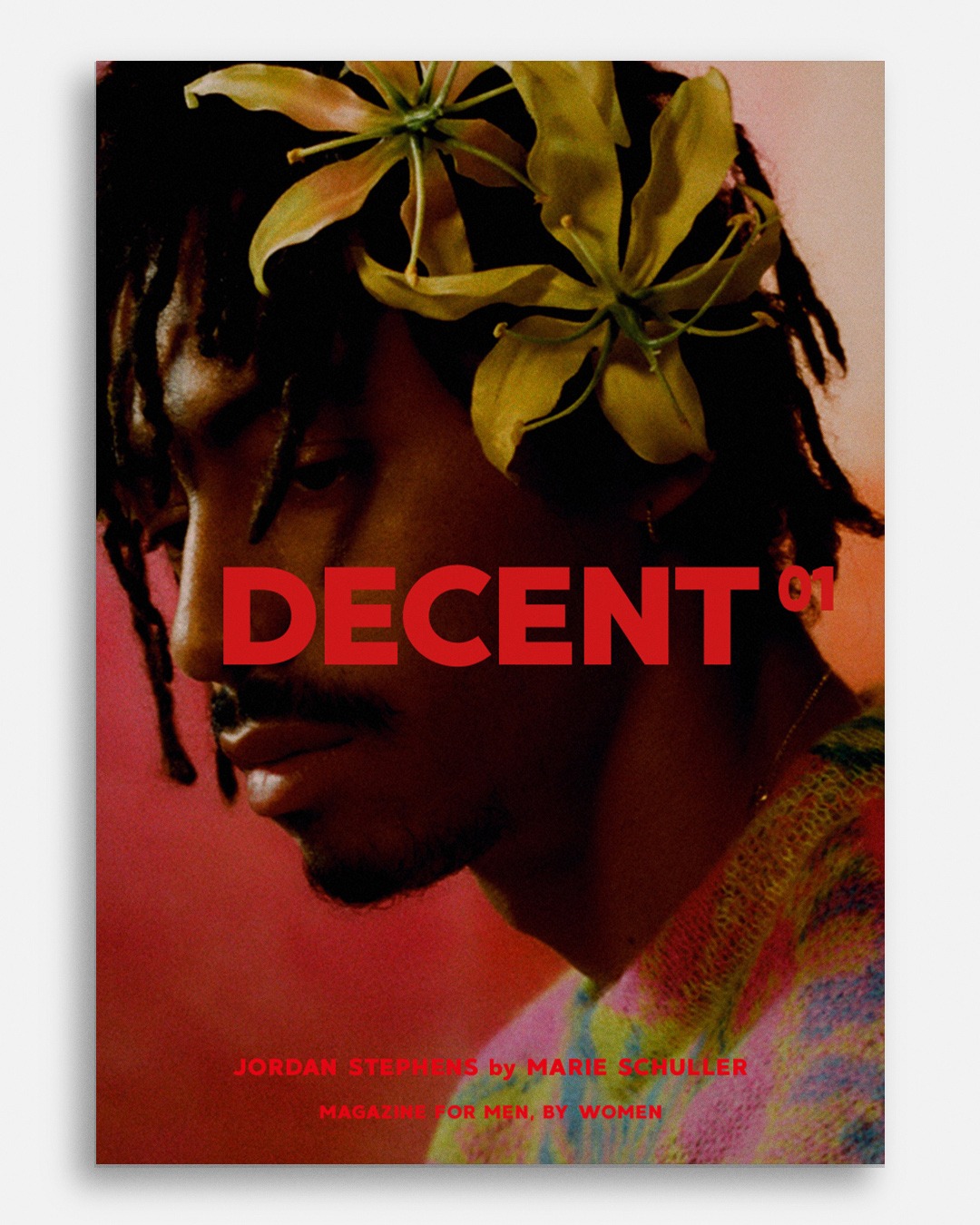 The mission of the magazine is to work with men to try and create a healthier culture that will benefit both sexes as well as non-binary people.

While the bi-annual UK magazine is entirely curated by a diverse group of women and the majority of contributors are female, Kivimaa is quick to point out that the mission of the magazine is to work with men to try and create a healthier culture that will benefit both sexes as well as non-binary people.

“It was never about women telling men what masculinity is – that is not what we are about,” she says. “We don’t have the answers either. It’s about asking some questions and creating a space for men to have conversations. So, in our second issue we have a few features where two guys are talking to each other and we are simply facilitating the dialogue.”

“I’m fully aware that a lot of pressure on men come from women and we need to check ourselves as well. We have to ask the question - how much have we internalised that guys need to constantly be strong, otherwise they are somehow ‘less of a man’? So, just like men need to support women getting those powerful positions in society, we also need to support men wholeheartedly to open up a bit more.”

People are sitting on their computers way too much and you don’t get the same emotional reaction that you get from a printed, tangible thing.

While launching DECENT as an online publication would have been easier, Kivimaa always wanted her creation to be print product.

“I just love print. There is such value in going deeper into something and cherishing it, putting it down and picking it up again,” she says. “People are sitting on their computers way too much and you don’t get the same emotional reaction that you would get from a printed, tangible thing. It’s important for us that people really connect with the magazine."

“And visually it’s better to be a print magazine. The art direction, photography and the visual storytelling is so important to us and it doesn’t come across the same when you are online. We have launched a website which will allow us to be more timely and to do smaller stories but it’s very much there to complement the print magazine.

There is a hunger amongst younger generations for print. There is something inherently tangible and inherently human about print that goes beyond what age you are.

“And I think there is a hunger amongst younger generations for print. While a part of our identifies are created online, the physical world is not going to disappear any time soon so there is something inherently tangible and inherently human about print that goes beyond what age you are.”

Launching during a pandemic

As has been the case for many entrepreneurs, the Covid-19 pandemic ripped up Kivimaa’s best-laid plans. While a successful Kickstarter campaign secured enough funding for the launch issue, producing and distributing the magazine proved problematic.

“Covid meant we weren’t able to pull the same favours we usually would have,” Kivimaa points out. “Even if you knew a studio owner who would normally allow you to use it for free, you couldn’t because of everything that needed to be in place during the pandemic. Then, when we finally got it all done, printed and to the shelves, the magazine shops closed the next day. So we ended up selling most of it online.”

Kivimaa describes the first issue of DECENT as a “social experiment” and admits she had no idea what the reaction would be from the public. The response has been hugely positive.

“The reception to the first issue was so good we realised that we have to keep going and not lose a lot of money,” says Kivimaa. “We are talking to brands that we would love to collaborate with and we have investment from a creative agency who is backing interesting culture change projects. Ultimately we hope to move into subscriptions so we can plan our finances a bit more and also stock the magazine in men’s wear shops and galleries.”

Getting quality content has been made easier by the word of mouth buzz among the artistic community, with the magazine increasingly being approached by musicians and actors keen to be featured across its pages.

“It seems to have organically snowballed a bit,” says Kivimaa. “There are quite a few artists who want to be associated with this kind of thing at the moment. It’s not an easy sell because we are still so small and unknown, but the concept is already opening doors.”